Referenced in the federal PPP law, the concessionaire's monthly consideration is only paid when the works and services outlined in the contract are ready. During service provision, a monthly assessment of the private partner’s performance is conducted against the performance standards established in the contract.

The performance assessment of the Concessionaire comprises the determination and calculation of the PERFORMANCE INDEX, represented by a score, quantified according to the assessment of more than 180 parameters and performance indicators.

The score (value) obtained from the PERFORMANCE INDEX (PI) represents the general satisfaction with the services provided by ONM Health, which is assessed according to the performance goals classified according to a scale that goes from “bad”, meaning failure to achieve the goals, to “excellent”, meaning that the goals were achieved and exceeded.

In addition to gauging the quality of the services provided, the PERFORMANCE INDEX is also used to adjust the CONCESSIONAIRE’s compensation, which will be partially proportional to its performance. The concessionaire may be penalized in up to 60% of the value of the monthly consideration, in accordance with the provisions of the Concession Contract.

The Performance Index is the result of the calculation and weighting of three major sub-indexes and their component indicators:

Although HMDCC operation has started in December 2015, as per contractual arrangements, the first performance measurement of the services performed by the Concessionaire was conducted in August 2016. 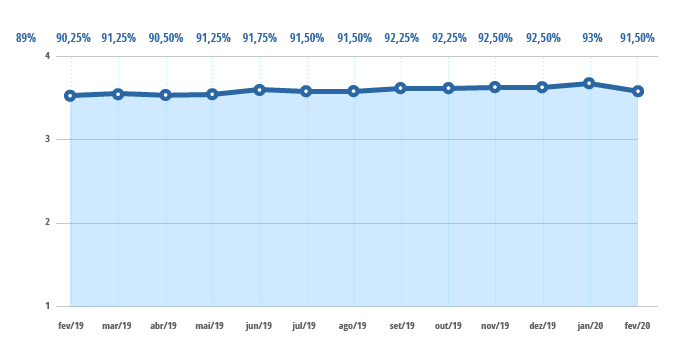 In the links below, you can check our documents related to Data Protection:

In case of doubts concerning the documents above, or should you wish to exercise your rights as Data Subject – which are detailed in our Privacy Policy – you can contact the Data Protection Officer of the Opy Group through the following e-mail:

This website uses cookies to improve your experience while you navigate through the website. Out of these, the cookies that are categorized as necessary are stored on your browser as they are essential for the working of basic functionalities of the website. We also use third-party cookies that help us analyze and understand how you use this website. These cookies will be stored in your browser only with your consent. You also have the option to opt-out of these cookies. But opting out of some of these cookies may affect your browsing experience.
SAVE & ACCEPT