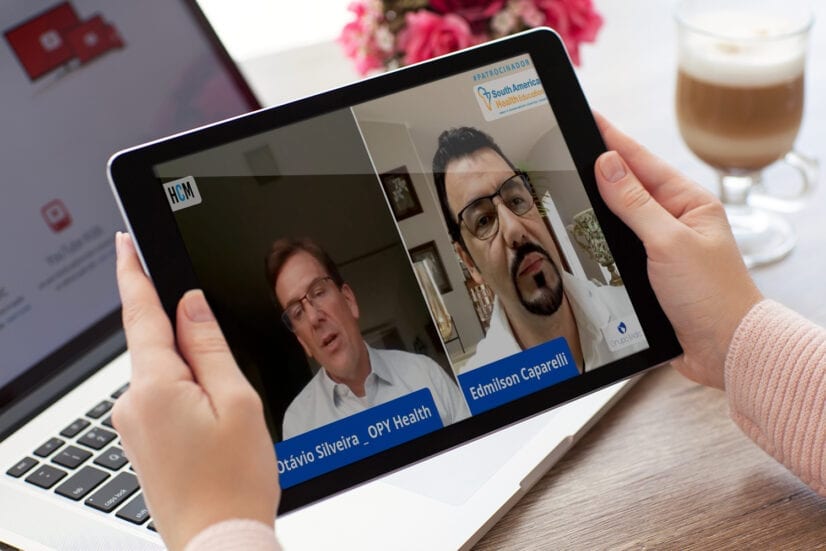 The series brings interviews with personalities nominated to “100 Most Influential People in Healthcare Over the Decade” award. Voting is now available and will run until July 30 on Grupo Mídia’s website

Grupo Mídia’s series called “One Decade Influencing Healthcare” presents live interviews with the most prominent individuals in the Brazilian healthcare sector and welcomed Opy Health CEO Otávio Silveira to talk about challenges in the area and the paths that led him to healthcare.

In the interview, Silveira talks about his career and relevant professional experiences, which have helped him adopt a more compassionate management approach.

He also points out that, as an engineer, he used to view the world from an analytical standpoint, but his experience in management taught him that one has to understand people to be able to motivate and manage them.

“Striking a balance between these two views was one of my greatest challenges. After all, as an engineer, I had an analytical perspective. But over time I acquired the necessary skills to achieve such balance”, he says. “I gradually became less of an engineer to become more of a manager”.

Impact of Opy Health in the healthcare sector

Opy Health was created to offer a new concept of healthcare management to the market. The traditional business model of most PPPs (Public-Private Partnerships) contemplates the construction of a hospital but does not offer the view of a public service operator in the healthcare sector. “We are focused on improving the efficiency of the asset managed by us to provide high quality to users and the entire medical staff.”

With the pandemic, the public became aware of the need to improve healthcare services, especially public healthcare. “Based on the current scenario, I believe the number of PPPs will grow, as well as partnerships intended to develop healthcare assets in Brazil”, he concludes.

Because of his background, Otávio Silveira is one of the executives nominated to the “100 Most Influential People in Healthcare Over the Decade” award. The award is organized by Grupo Mídia. It has been running since 2013 and acknowledges the most prominent personalities, their performance and contributions to the sector.

Voting is now available on Healthcare Management’s website, a publication of Grupo Mídia.

Watch the video to check out the full conversation: https://bit.ly/3fRhoCNnOtávio